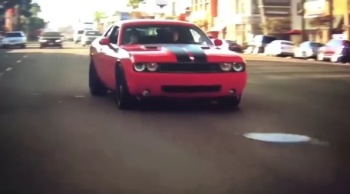 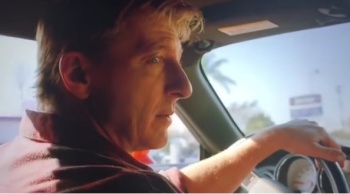 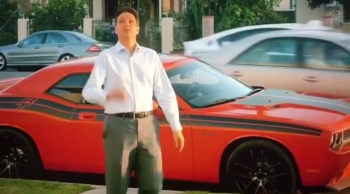 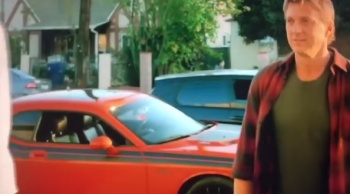 https://www.instagram.com/p/BiYOTGMFc5u/
Basically Daniel LaRusso is giving Johnny a Dodge Challenger R/T for wrecking his 80s Pontiac. This show is actually pretty good if you were a Karate Kid 80s fan
► Show Full Signature
I now own a 2019 Pitch Black Dodge Challenger SXT. Purchased in January 2020
I used to own a 2009 Inferno Red Crystal Pearl Dodge Challenger SE up until January 2020 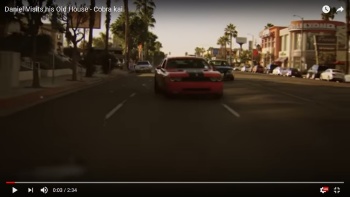 Joined Nov 18, 2008
·
937 Posts
I'm really liking Johnny more than Daniel, especially the fact he spotted that Challenger in the lot and jumped right on it. He knew immediately all about the car and Daniel did not.

I just saw the trailer for Season 2. Looks like Johnny painted or upgraded his Dodge Challenger with some custom Black and Yellow for a cobraKai season 2 car!

32 seconds in, shown only for a moment. Hopefully they show more when Season 2 airs.

Looking good Johnny! LOOKIN GOOD+
Johnny gets his new car! | Cobra Kai | S2
GOOD FOR YOU JOHNNY! GOOD FOR YOU!

I'm thinking no on this look being copied by Challenger owners.

I'll have to binge watch when its too hot out this summer though.

Joined Jan 18, 2017
·
21 Posts
It also looks like they switched out the cars. Based on season 1 it was a pre ‘15 model. Now it has the current interior, taillights, and the steering wheel shows it became an SRT. It also picked up some Brembos along the way. It seems they want you to think it’s the same car based on the opening of the second episode of season 2. Nobody but a Challenger owner would probably notice, lol.
► Show Full Signature
2016 Challenger SXT+ Pitch Black. Mopar CAI, Flowmaster American Thunder catback exhaust, Mopar splash guards, Mopar sill guards, Petty's Garage front strut tower brace, MGP Caliper Covers, Mopar Hood Pins, more to come in time...
A

Joined Apr 19, 2019
·
75 Posts
Have any of you ever seen the YouTube video about karate kid 1 where they make Daniel out to be the bad guy and how Johnny was just defending his honor and gf. And how Daniel won the tournament with an illegal kick. It’s hilarious.
S

AttackHelicopter said:
Have any of you ever seen the YouTube video about karate kid 1 where they make Daniel out to be the bad guy and how Johnny was just defending his honor and gf. And how Daniel won the tournament with an illegal kick. It’s hilarious.
Click to expand...

I personally like the one where they had to deflinch everyone...