Thinking About Buying a '73 Challenger

Joined 2 mo ago
·
6 Posts
Howdy
I am about to put in an offer on this vehicle: 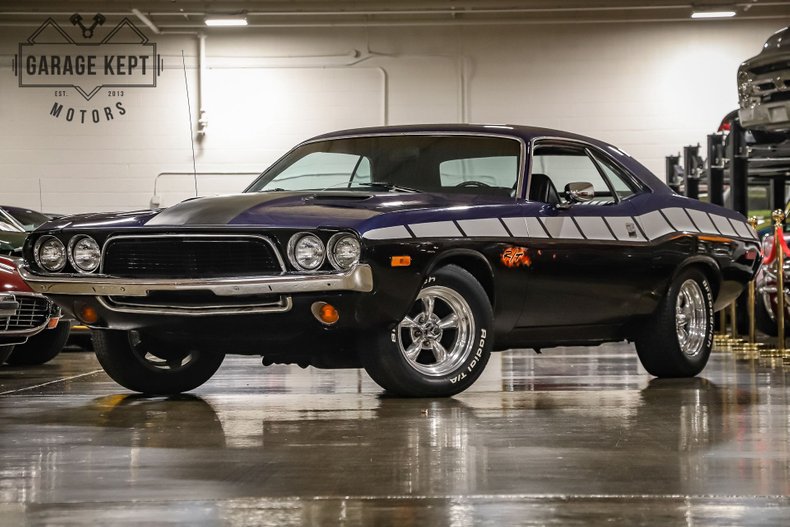 The body and engine look good although the paint job is way too much. I would definitely have it painted.

Would love to hear your thoughts. All opinions welcome.

I think the Keep it or Change it depends on the condition of the current paint and if the custom paint is period correct.

I guess your opinion of it also plays some roll in the keep it or change it decision process!
G

Joined 2 mo ago
·
6 Posts
Does this look like a pretty good price for this car? Non-matching numbers, 318 auto transmission...Hopefully I can get it a bit lower.

The price seems good, but there are so many unknowns here. If there was body work done on the car, was it done right, or is there a lot of bondo in those quarter panels? Has the engine and transmission been rebuilt? Have you talked to the people selling the car to see if they know anything about it's history?

Joined 2 mo ago
·
6 Posts
Great, thank you all for the comments! This is the sort of feedback I am looking for. Assuming the body is not total bondo and I go see it and it looks and drives reasonably well, what would be a fair price to pay for this sort of driver?

this one appears to be a factory A/C car (push button HVAC controls) and the vents in dash. The A/C system is no longer on there (compressor was up top & center on LA engines)

it has power brakes and by '73, front disc brakes were standard

has the 8 3/4 differential (probably open diff)

looks like it has power steering; steering wheel is the optional "Tuff" wheel (two spoke and thicker rim)

the mufflers are in the wrong position - they should be ahead of the rear axle - the spot they're in now is where the (much smaller) resonators would be. Those mufflers are awfully close to the fuel tank.

I'd inspect it - the area quarters and trunk floor are weak spots. Another are the door panels - if they are in poor shape the injection molded vinyl can get pitted and I've seen many that were spray painted to try and make these look better.

originally this was a B5 Blue paint with B5 Blue interior

GretchDrumGuy said:
Howdy
I am about to put in an offer on this vehicle:

The body and engine look good although the paint job is way too much. I would definitely have it painted.

Would love to hear your thoughts. All opinions welcome.

The price seems a little high but it appears that a lot of work was done on this car. You need someone with a very good eye to the bodywork to tell you if it was don right and will hold up.
From the pics it looks pretty good, but I personally don't like the R/T business painted on the fenders.
There was no R/T after 71 and I see the bumpers are still sticking out but the big rubber guards were removed.
Most people with a 73 or 74 had the big guards removed and the bumpers pushed back in as on a 72, it just
looks better. The silver color you see around the front turn signal/park lights is the color the grille and back panel were
originally with flat black around the inside area at the taillights. My opinion is the flat black looks better and on mine
I painted that ring around the taillights silver. As for the exhaust a stock 318 was a single exhaust with a muffler
where they are on this car. A 340 would have been dual with indents in the rear pan for exhaust outlets. Inside this car
the door panels look kind of shiny. They shouldn't be and were probably painted. Also I recall the a/c vents to be higher on the dash not at the bottom. It's possible this car did not come from the factory with a/c and someone added it later.
Those vents just don't look right or factory to me. So if you are an obsessive stickler for originality this may not be the car for you. Otherwise if the work that has been done was done to last and you like the way it looks in person, go for it.
One of my greatest pleasures in taking my 72 Challenger to a show is that most often it is the only one there but stand
anywhere on the lot and spit in any direction and you will most likely hit a Camaro or Mustang.
B 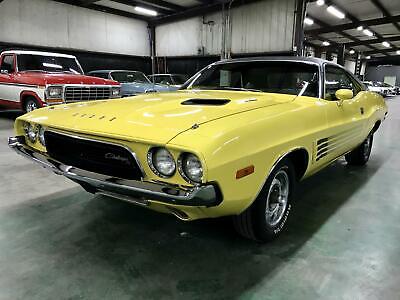 
Sent from my iPhone using Tapatalk

the odd thing this originally was a white interior color. It originally had a white vinyl top as well - so when this got a restoration, interior and vinyl top changed out to black

And its missing the chrome tips & rear valance that would have had the cut outs...the fender tag calls out that it was built with it (Rallye Pkg included several items and dual chrome exhaust was one of them)

Top Banana was the remaining High Impact color offered by that year.

Overall its a nice example a priced about where it would be - the chrome bumper guards are available as reproductions.
S

2017 Challenger Scat Pack Shaker
Joined 11 mo ago
·
192 Posts
Good advice already - definitely get some reputable 3rd party with classic car experience to check it out if you aren’t local.

Paint to me looks fine other than the funky flame R/T decals. A heat gun should get those off so I wouldn’t have those hold you back if you’re ok with the primary colors. I like the looks of it a ton better than the banana one.

Take your time and get the car you want. I spent way too much time and money restoring my 77 Trans Am that could’ve been spent on a fully restored car with all of the options that I really wanted. Also make sure ahead of time if you’re planning to restomod so you don’t waste time/$s on the old parts.
G